Liveable Cities for the Future 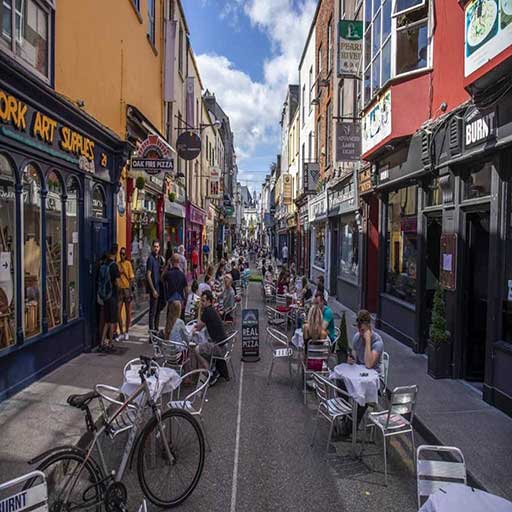 Taming traffic in urban settings has a wide range of economic, environmental and public health benefits beyond the influence of Covid — Car dependency, not Covid, is the main public health concern for cities like Cork, according to Will Brady of the Irish Examiner; traffic congestion has serious health impacts (respiratory illnesses, obesity levels), and these too deserve urgent public policy action.

This is not a war on cars, but on car dependency. Cities like Cork have a deeply unhealthy relationship with cars, but are realising this is actually holding the city back. The former chief planner for the city of Vancouver Brent Toderian, reminds us that car dependency is ultimately senseless because ‘if everyone drives, nobody moves’.

Plans to pedestrianise parts of Limerick city centre were met with opposition from some city traders, so traffic is now only going to be restricted at certain hours.

In Dublin, work has begun on the Liffey cycle route, along with development of cycle paths extending from Ringsend to Sandymount and Dun Laoghaire. Eventually these paths will form a Sutton to Sandycove coastal cycle route which will be a delight for pedestrians and cyclists alike.

14 people-friendly streets have been created in Cork city since the initial lockdown was introduced in mid-March, resulting in 1.3km of pedestrianised space being opened up in the city centre. Investment into resurfacing 6km of cycle lanes has been complemented by the welcomed addition of 4 more kilometres of cycle lanes to be created for cyclists in the city.

Cork City Council’s chief executive, Ann Doherty has also outlined what she feels will keep the city alive and kicking in a post pandemic world. “We’ve seen the development of hotels in the dock areas, I’d really love to see some residential start. I think once the first happens, others will follow. I believe creating work within a short distance from the city centre is really what will help city centres like our own survive.”