A Call for Luas Cycleways 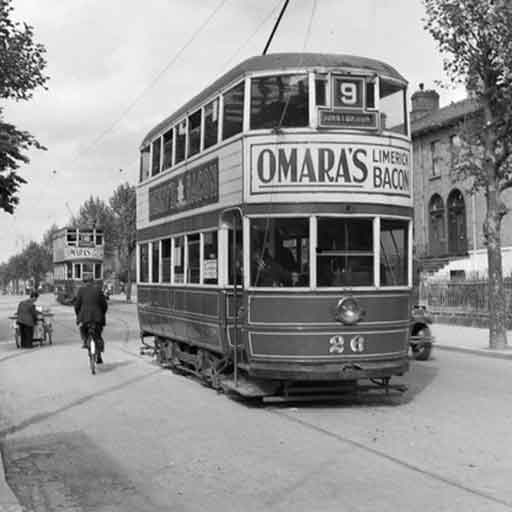 Back in 2004, Dublin’s 45-year wait for a tram system was finally put to an end when the Luas began snaking its way through the city’s streets. Since then, the original red and green lines have been expanded and now intersect through the heart of the city center.

The Luas is a wonderful alternative to private cars – which are often of sole occupancy – that clog and congest the arteries of Dublin to such an extent that the city ranks 6th on the list of the most congested cities in Europe, and 17th in the world. It is unimaginable to think how slowly the city would move, if the 114,500 people who took the Luas each day in 2019 were deprived of such a service and were travelling instead by four wheels.

Expansion of the Luas line may therefore seem like the most logical step to rid Dublin of the unwanted congestion accolade. However, building cycle highways to flank existing Luas lines is a cheaper and easier way to ensure that the flow of traffic through Dublin becomes more seamless. In a discussion in the Seanad recently, Senator Barry Ward said: “It is a real shame that cycle lanes were not developed along the Luas line when it first opened, and while I acknowledge that additional (cantilevered) infrastructure may be required in locations such as the Milltown viaduct on the Green Line, I believe there is an opportunity to develop that infrastructure now.”

Senator Ward is right. There are currently 42 kilometers of Luas line in the capital, and the addition of cycle paths along most of, if not all of these lines can be done by removing on-street parking and by reducing the number of traffic lanes in existence.

There is already sufficient space for 2 cycle lanes to run beside the Luas from the Red Cow stop, through Bluebell, past Rialto, down through St. James’ Hsopital and into Heuston Station. From here, cycle lanes that were introduced along the Liffey last year starting at Parkgate Street will allow these cyclists to travel straight into the heart of the city. In theory, you could cycle from the Red Cow all the way to the Custom House in 30 minutes, without having to navigate through rush hour traffic.

This kind of infrastructure is incredibly easy to implement, there would be minimal impact on existing transport routes from the addition of cycle lanes along the Luas Red Line between the Red Cow and Heuston, as much of the line is completely separate from nearby roads.

We already missed a trick by not planning it when the Luas construction broke ground back in 2001. Twenty years later, let’s not make the same mistake.