Leeside on the Up

Investments in health, research and education a boost to Cork city 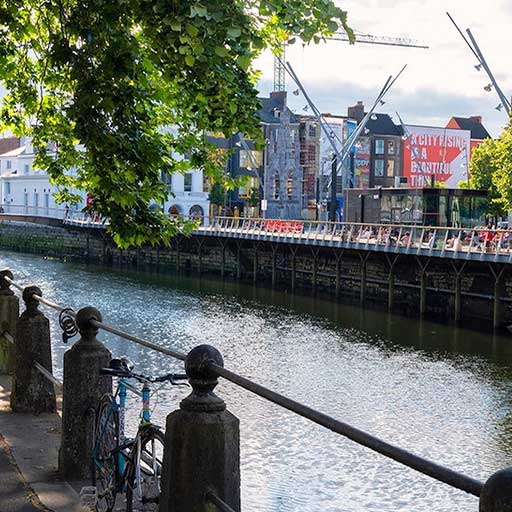 Cork City is experiencing something of a transformation. A €350 million regeneration plan is in place to modernise the city’s Docklands, while continuing investments in health, research, education and other critical infrastructure under the National Development Plan are set to further boost the area. This investment is going to be important for the city as it grows over the coming years – current projections suggest the population could rise by over 50% in the next 20 years.

That growth will be based on Cork’s existing strengths which include a deep heritage in traditional industry sectors like food and drink along with the presence of internationally recognised life sciences and tech industry clusters, as well as burgeoning energy and fintech sectors.

Indications of Cork’s ability to attract the biggest names across a range of industries are plentiful. Apple, who established operations in Cork just over forty years ago and now employ 6,000 people in the city, have just announced that they are seeking planning permission for a new four-storey building on their campus at Hollyhill, as it looks to “accelerate investment in Cork”. New staff will be taken on as Apple expands is research and development of European business from Ireland’s southern capital. Within 48 hours of that announcement, biopharmaceutical company Merck also announced an expansion to their Cork operations, with 370 new jobs and €440 million set aside for Leeside.

To accommodate this influx of investment and people, a €3.5bn transport strategy, which includes plans for a new light rail system, a major redesign of the city’s bus network, expanded and enhanced cycling infrastructure, and a number of other measures are to be introduced to ease mobility for the people living and working in the metropolitan area.