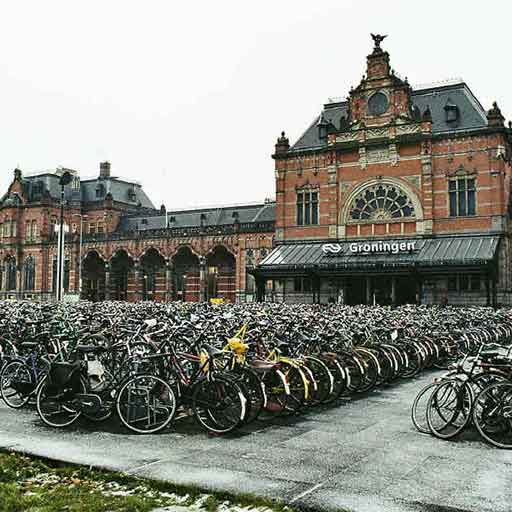 In Ireland we are used to all kinds of traffic. School-run traffic, rush hour traffic at the end of the work day, match day traffic, and so on and so forth. The problem is amplified by the fact that certain old habits have long since died – as reported by the Irish Examiner, in 1986 19,000 girls cycled to school in this country. By 2016, Dublin and Galway were the only places that had more than 10 Secondary school girls arriving to school by bike each day. CSO Census 2016 data studied by Limerick Cycle Design  found that there were well over 100 towns in Ireland with a population of more than 1,500 people, and yet no girls at all between the ages of 13 and 18 were cycling to school.

Taking these sad statistics into account and combining them with the fact that car ownership in this country is at its highest level ever, it’s unfortunately plain to see that our traffic levels are only going to worsen if we follow this fossil-fuelled trajectory.

However, the introduction of dedicated cycle infrastructure is a tried and tested measure that will help to buck this trend. Denmark or Holland would still be car-oriented countries if they didn’t spend years planning how to eradicate their transport infrastructure and changing the perception around sustainable mobility. Cities such as Groningen struggled to adapt initially to the seemingly outlandish changes to the cities transport network when it was reinvented in the 1970’s, but 40 years on, Groningen boasts two-thirds of all trips made by bike … and the cleanest air of any big Dutch city. Future plans include heating cycle lanes in the winter to reduce the danger of ice. Groningen, a big University city, sees the vast majority of its students travelling about on a bike, and although more Irish students appear to be taking to the bike too, the norm in Ireland is that students who do cycle will transition from cyclists to car-driving full-time workers once they graduate —there’s an inherent presumption of progress, of ‘graduating’ from pedal power to a car.

It’s time to change this perception, and infrastructural developments such as that seen in UL in the past month are a welcome step in the right direction. Rumours of improvements to other University campuses will hopefully persuade more students to stay on two wheels long after their time in Third-Level education draws to an end.